Kanye West was just 20 when he shocked the hip-hop world with his debut album, The College Dropout. The 76-minute record broke the unwritten rule that real rap had to be about hardcore street culture. There he was: a geeky college dropout, baring his soul about the education system’s failings while the competition paid their bills with criminal play-by-plays. In every step of his storied career that would follow, Kanye kept flipping the script. He pushed fans’ buttons designing ugly sneakers; he totally switched his sound with the 2013 album, Yeezus; even when he failed at trying to become President of the United States, he set off a lasting conversation about problems in our political system.

Several decades into this fabled run, West finds himself in the middle of a second consecutive grandiose album rollout — this one for “Donda 2,” which he has publicly planned to release exclusively on a stem player in subversion of money-hungry streaming services — and his disruptive track record remains intact. West’s mythos has hinged upon, up to now, a potent sort of outspoken vigilante heroism; whether it has presented itself in the form of acceptance speech interruptions, grassroots academic institutions, or sprawling initiatives set to bridge age-old secular-religious gaps, a consistent sentiment has seemed to shine through: as big of a narcissist as he may be, Kanye West cares just as much about everyone else as he does himself. But as of late, this care for others — namely, Pete Davidson, the SNL comic going out with his ex-wife — has crossed the boundary from care to obsession. And with the way he’s going about it, this time, his “heroism” is going from somewhat inspiring to completely dangerous. Kanye is reforming social media before our eyes. He proves its function, limitations, and capacity to mobilize his mob of fans with every tweet or post. Kanye’s recent beef with Davidson is just the latest in a string of iFights. It’s also the most threatening — and the most responsibility has been placed on us to not follow suit.

“There are dangerous people out there and this is scary but it doesn’t have to be,” Kardashian texted Kanye in one of several SMS screenshots posted to his Instagram account.

Her message was in response to a barrage of funny-yet-threatening jabs Kanye had taken at Davidson in a stream of late-night ‘grams. Another time, she pleaded with him: “Why can’t you keep any of our conversations private???” The fact that I know how Kanye responded tells you his reaction.

Social media is an online highlight reel. At first, Instagram was for posting fit pics, not familial exposés. The generation that grew up using it that way will probably keep doing that. But the legion of young people growing up in a digital space of Kanye’s design — the invasive Twitter tirades and memeified Instagram beefs — will learn to post like him. It’s not a stretch to picture a tearful sixth-grader, upset at their parents for punishing them after a poor report card, using their first cell phone to spread sensitive family information across the internet.

We’re witnessing the end of social media. It isn’t Kanye’s fault; he just happens to be one of several casualties of a dying system. More and more, as public figures learn to play with the limits, the internet cannot reinvent itself quickly enough. Soon, self-serving social media meltdowns won’t only happen to high-profile celebrities. Everyone will be able to do it.

As of right now, it seems as if Kanye is taking it down a notch.

“I know sharing screen shots was jarring and came off as harassing Kim,” he wrote in a caption, lowercased for the first time since his tirade began, to one of his most recent Instagram posts. “I take accountability. I’m still learning in real time. I don’t have all the answers. To be (a) good leader is to be a good listener.”

Kanye almost never apologizes. But remember the last time he cooled his jets? It probably won’t last long. Going forward, every time Kanye and famous people like him start acting out on social media, they risk bringing more people down the rabbit-hole with them. Our civic duty is to make sure we don’t take the bait. 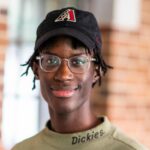