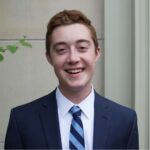 The Political Ascent of the Zillennials

Meet the new crop of young candidates jumping into the political arena in the midterms.

Local Journalism is Dying, but Young Reporters Can Save It

Giving Thanks to Teachers Who Give Their All 

The Kids Who Took Their Fight to the Supreme Court

Kidizenship is a non-partisan, non-profit media platform for tweens and teens that reaches beyond the classroom, merging civics education with creative self-expression and community action.