In the months following the Supreme Court’s reversal of Roe v. Wade this June, some states have adopted abortion restrictions or even bans. These new laws have not just changed policy. Some high school seniors now report adapting where they are applying to college in response to these regulations.

For some college freshmen, the restrictions have changed their outlook on their college decision, which they made only a few months before the Dobbs v. Jackson Women’s Health Organization decision was handed down.

For students like Reed Dillon, 17, going to college in the South is an opportunity to discover different political ideologies.

Dillon says she lives in a “progressive bubble” in Princeton, NJ, where she attends Princeton Day School. She worries that her opinions may be seen as controversial at southern schools but welcomes the opportunity for this “bubble” to be popped.

“I think being in a bubble of one political view doesn’t let you have those conversations and see how other people think,” Dillon said. “College is a chance to expand your viewpoint and learn a lot, so I think [attending a Southern school] would give me a chance to explore.”

With these values in mind, Dillon said the Dobbs decision has heightened her interest in attending college in the south.

“I would like to be able to have discussions with people who don’t share my opinion about abortion,” Dillon said.

Maria Silva, 18, said the likelihood of this “bubble” popping would have swayed her college application decision in the opposite direction as Dillon’s if Dobbs had been decided a year earlier. Silva is from the Upper East Side of Manhattan and attended Hunter College High School; she is now a freshman at New York University.

“Being around people who don’t want me to have rights is not something that I truly enjoy,” Silva said.

Despite her optimism about moving to the South, Dillon said that her parents may sway her from doing so. She explained that they are helping her pay for college and do not want to invest money in a southern school based on recent political developments such as Dobbs. Therefore, she is no longer applying to schools in the Deep South, such as the University of Texas-Austin.

Dillon acknowledged that her ability to choose whether to pop the progressive “bubble” by attending college in the south is a privilege not all students have.

“If I needed to get an abortion or anything like that I could go somewhere that would allow that,” Dillon said. “Obviously, not everybody has that ability.”

Audrey Patterson, 18, is a freshman at Duke University in Durham, NC. She described the transition from her hometown of NYC to the south as a “popped bubble.”

“I and many others had a privileged experience growing up in New York because we grew up with the idea that contraception and abortion facilities would always — at least in our home city — be accessible, and now we are being uprooted from that idea,” Patterson said.

Both Patterson and Rania Challita, 18, attended Grace Church School in Downtown Manhattan. Even before the Dobbs decision, Challita explained that she largely applied to northern colleges because she feels more comfortable in their political atmosphere. Duke was the only southern school to which Challita applied; it’s also where she now studies as a member of the Class of 2026 alongside Patterson. Challita expressed uncertainty about how the Dobbs decision would have affected her college application plans and eventual decision.

“I [do] not feel safe or represented in a state that doesn’t believe that women have the right to their own bodies, even if my immediate surroundings are comforting and safe,” Challita said.

By moving to the south, Challita said the Dobbs decision became more real and, in part, prompted her to protest against the decision.

“It’s not just the fact that I’m a woman and I want to have control over my own body and the right to have an abortion but also the fact that I’m going to school in the south and that there are millions of women all over the country who are going to lose their right to their own bodies,” Challita said. “I think that’s justification enough to protest.”

A Break From Reality

Students from more conservative states also expressed concerns about attending college in the south. They spoke about the direct effects of abortion restrictions and the implications of those measures.

Cailin Bowen, 17, said many people in her hometown of Reno, NV, and at her high school, Galena High School, are strong pro-life advocates, while she is pro-choice. After growing up with political differences between others in her environment, she and around 15 of her friends are considering limiting their applications to southern schools.

Like Dillon, Bowen said she is determining whether to apply to schools in a given state based on the severity of its abortion laws. As a result, she is no longer applying to schools in Texas, among others.

Being from Brentwood, TN, Corinne Porada, 17, was hoping to attend a northern school even before Dobbs was decided. But, in the wake of the decision, she is now also investigating state abortion laws when deciding whether to apply to colleges. Porada explained that she is not “seriously considering” schools in the south and plans to only apply to safety schools there.

“I want to make sure that, wherever I’m going to college, I’ll have access to something if I need it,” said.

Porada stated that she wants to attend a school that values different genders, sexualities, and gender identities — and she is concerned that schools and students in states that have restricted or outlawed abortion will not share these ideals.

“I prefer to go somewhere where I know that friends I will have would be accepted, that I would be able to talk openly about different things, and that I would feel safe in that environment,” Porada said. “I don’t want to feel at any point in time like I am constrained or restricted to presenting in the classic image and stereotype of what the world wants from people.”

During her time at Brentwood High School, Porada was a founding member of multiple female-led organizations, including a Female Robotics Team and the first Female Scouts Troop in Brentwood. She said her work with female empowerment and leadership leads her to view Dobbs and her future college decision from a gender equity lens.

“Those things that I am so proud of and the progress that’s been made has been in the back of my mind regarding these decisions,” Porada said.

Bowen and Porada both explained that pro-choice students in their high schools largely did not change their college decision plans after Dobbs. Students, particularly young, Christian women, with this ideology claim to represent the “pro-life generation,” according to a New York Times article published this past summer. Students for Life is a leading pro-life advocacy group that focuses on these students and has 1,296 campus chapters nationwide.

A recent Pew Research Center study found that only 21% of young women believe that abortion should be illegal in general. Yet, the study also found that women aged 18 to 29 are more likely to believe abortion should be legal in general compared to older women. This dichotomy demonstrates the complicated decisions young women are facing relating to abortion, as the students in this story describe.

Tiffiny Tung, vice provost for undergraduate education and professor of anthropology at Vanderbilt University in Nashville, TN, expressed mixed thoughts about the trajectory of students applying to schools in the south.

While she emphasized that Dobbs’s effect on college applications and decisions can’t be accurately measured without empirical data, she expressed concern for and uncertainty regarding the extent to which it will shape the applicant pool. Tung added that her background in anthropology inclines her to learn about how policies affect people’s lives.

Specifically, Tung expressed worries about homogeneity in the applicant pool and in future classes of southern schools. She highlighted the importance of speaking with, listening to, and learning from those with differing opinions, as Dillon expressed.

“Cultural heterogeneity is something that I deeply value, and it’s also a way to expose our students, ourselves, and our family members to the diversity in humanity while also respecting it,” Tung said. “I want to see heterogeneity continue.”

Tung added that she hopes pro-choice students will see the value of attending college in the South.

“If [you] go to Tennessee, there are things that [you] can actively work toward change,” Tung said. “You can come here and transform things.”

In fact, Patterson spoke to this difference in advocacy gravity. Dillon added she would be more inclined to get involved with activism at a Southern school than a school in a more liberal area.

“Doing [advocacy work] in North Carolina could look very different from any work I have done so far in New York,” Patterson said. “Although that’s scary, it also feels like it will be making a larger mark than it did in NY since there will be much more pushback and differing opinions.”

Tung encouraged students to look into schools’ individual reproductive health policies and initiatives when deciding whether to apply or attend there. 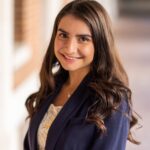 Rachael Perrotta is a sophomore at Vanderbilt and is majoring in cognitive studies and communication of science and technology. She is from Cranston, RI, is Editor-in-Chief of The Vanderbilt Hustler and conducts research on sexual assault at Vanderbilt. When she’s not editing, she’s probably trying to convince you that she’s over 5 feet tall, cheering on the Red Sox or wishing Nashville had a beach.